The cedar-clad skin is perforated to allow convective cooling of the interior. Air flows across the 6,000 stands of seats and through the top to be replenished by cool, fresh air from below. The roof also collects rainwater, which is stored for later use in the faculty.

But how can Third Place Thinking™ be applied to this arena?

The location, Lee Valley VeloPark, is located at the northern end of Queen Elizabeth Olympic Park. Having hosted the 2012 Olympic Games, the park was opened to the public in March 2014. Lee Valley VeloPark brings together track cycling, BMX, mountain biking and road cycling in a single coveted destination. With wide open spaces, quiet woodlands, and waterside environments, it’s the ideal Third Place for the community to explore sports and nature.

The Legacy List was the independent charity for Queen Elizabeth Olympic Park established in 2011 to support the legacy of the Games. The mission is to make creative connections between people and the park by developing, commissioning and supporting high-quality art, education and skill-building initiatives to engage, educate and inspire current and future generations.

The London 2012 Olympic Games are regarded as highly successful for their contribution to the community. What they provide long after the competition has passed forms the foundation of its lasting legacy.

We believe an important component to Third Place Thinking™ is the social outcome and success through the process of design-thinking — that is, achieving success in moving from master plan to event plan and legacy plan to social plan. The deliberate transformation of a space to best serve its community members must thoughtfully accommodate people and place for lasting balance.

Following the implementation of the legacy plan, we celebrate success in the social plan by way of form, function, space and centre. In this phase, a venue or space is planned consciously to act as a conduit for social connectedness. The architecture draws people in for a multiplicity of reasons and holds space for celebration. It simultaneously generates momentum in building our social capital, our capabilities in volunteer and participation growth. 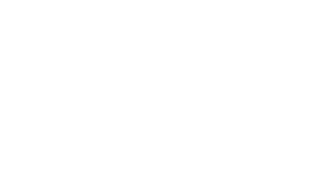